In these days the world is looking at Germany because of the World Cup. There are many fans and tourists from other countries here in Nuremberg.
Today it came to my mind that millions of strangers will form their opinion about Germany based on how the Germans behave as hosts. I thought about this after a walk through the city on which I had a nice talk to two guys from Scotland. Usually I don’t talk a lot to strangers, independent whether they are Germans or not. But newly it’s a little different. I like making contacts with fans from other countries.
It turned out that one of the guys even works here since one year (although he didn’t speak any German).
Hey guy - in case you read this: Contact me if you want and we can have a few drinks together (alcoholic or not) and talk about party places in Nuremberg.
You know what? I think I did a acceptable job as a host today - and that without being aware of it. 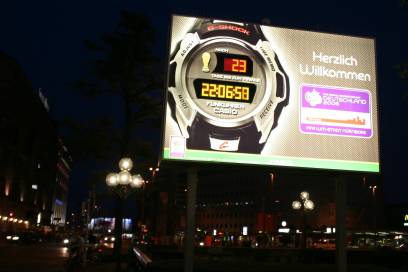