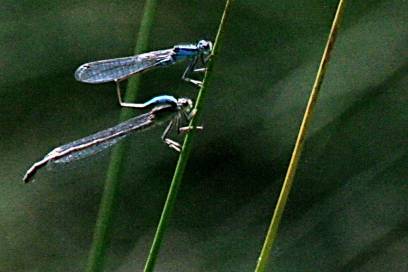 I shot a few pics in a park in Fürth. There is a nice small overgrown pond and I like to sit on the grass nearby and listen to the sound of the frogs.
While sneaking around at the waterside I saw the two fireflies. If you look closely you can see that the two are having firefly-sex.
It didn’t look very spectacular for me and the insects didn’t seem to have much fun but at least they cared for keeping alive their species.
By the way: I wondered whether fireflies have orgasms.
The dangerous thing about living on the lower end of the food chain and having sex outside is that it is likely that the enemy lurks nearby. And in fact I spotted the green guy very close.
I don’t care about the orgasm thing of the fireflies but I really hope they have survived their carnal knowledge. On the other hand: Can you imagine a sweeter moment for passing away? 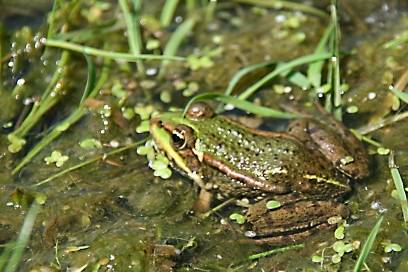