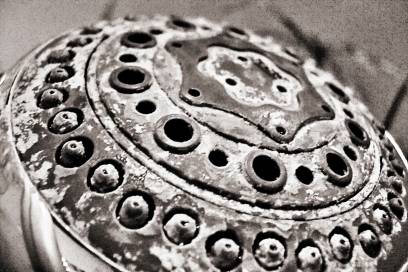 Do you sing when you take a shower? I think most people do - and so do I. No idea why there’s a connection between showers and singing.
I doesn’t sound like Robbie Williams and my variety of shower songs is not very broad. I always sing the same two or three songs over and over again - actually I sing only parts of the songs because I’m not that familiar with the lyrics. I believe that singing during taking a shower has to sound awful. Otherwise something would be completely wrong.
One of my very few shower songs is “Leaving on a Jet Plane”. I guess my shower booth hates the song like hell because it has to stand it at least once a week.

It’s especially funny to sing after switching the handle to ice cold water.

Today I thought about taping one of my Jetplane Shower Experiences.
I did and you can [download] and listen to my live recording as MP3. Believe it or not, the water at the end was freaking cold.

One of my favorite versions of the song is from Chantal Kreviazuk - I like it although it’s from the terrible movie “Armageddon”. If you insist on a contrast program to my live recording you can listen to Chantal on YouTube.com