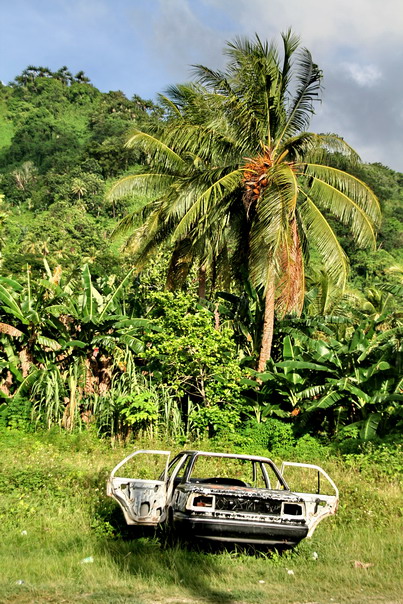 Finally I'm back. Thanks for your patience. I arrived in Germany a few days ago but I prescribed myself some more days of blogging abstinence to reduce my time in front of the computer screen while on vacation. Now I feel well prepared for sharing some glimpses of my recent trip to Truk Lagoon (aka Chuuk), Micronesia with you.

First of all: It was a great trip with the best wreck dives I ever made, stunning landscapes and cities, friendly and helpful people and my head is full of new impressions.

My intention while taking photos was to step beside the beaten track of vacation motives and to shoot the stuff that defines a place in my eyes instead.

I flew there to scuba dive some of the world famous ship wrecks from WW2. What I didn't expect was seeing wrecks not only under the surface but also above.

The islands of Truk are very poor and I never traveled to a place less touristy than Truk. Imagine cute islands with small hills and a lot of jungle and palm trees surrounded by a lagoon with water of 30°C (86°F). Sounds like paradise? It is - well, it's supposed to do.
The road from the very small "International" Airport on the main island called Wenu is paved only 500 meters. The rest is a dusty assembly of road holes. So far, so good. The strange thing was that almost the whole island appeared like a garbage dump with car wrecks literally everywhere. The old rotten cars looked like strange animals browsing in the opulent green vegetation.
Actually it's kind of obvious: Like in all capitalistic societies every family wants to have an own car. But unlike our western countries it's hard to get rid of the old ones because you are on a damn small island.

It was one of the situations that I realized that our materialistic way of thinking is a very big dead-end street. 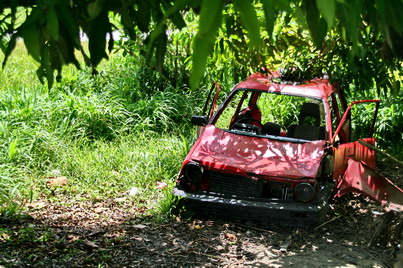 The car wrecks were one thing and I understood the problem but it was unclear to me why one drops all his garbage just beside the door. You live in a place looking like paradise and you turn it into a green trash bin. In my humble opinion it has not so much to do with being poor but with losing dignity.
From the few days on Wenu island I got the impression that the people there lost almost all their traditions and therefore a big part of their identity.
Until the 1990s Truk was a territory under control of the United States. Now the US are gone, Truk is independent and all that's left is the ugly part of our western way of living - a way that might be completely wrong for small islands in the south pacific. The people there seemed to be lost after being catapulted into capitalism.
I don't blame the US because I think such evolutions are unavoidable but it made me very sad. 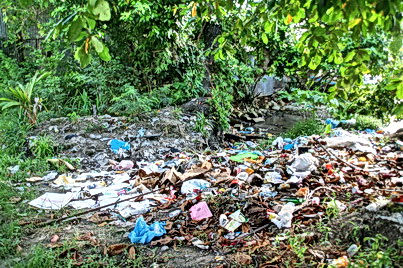 The people there were very very friendly and everyone waved at us all the time. But hell, guys get rid of your garbage problem.
Posted by Kosmonaut at 01:22