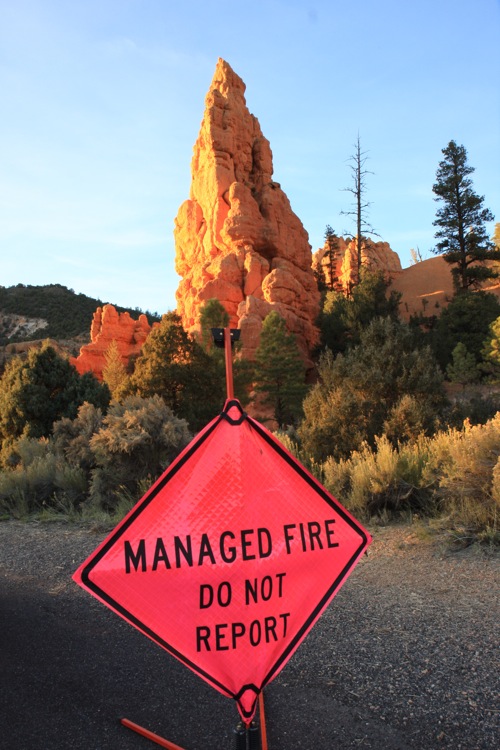 Do you think it is possible to assign colors to days?
Sometimes it works. For example when you think about your day and only colors came to your mind instead of people, conversations or situations.

I had a few such days in Utah and it was possible to compress them into just two colors:
Blue and Red.
I visited a several National Parks in the western part of the USA and the Bryce Canon was one of them - a very impressive one.
There was no real idea in my head about what to expect- well, a canyon - maybe an impressive hole in the ground.
What I got was a forest of giant red stone pillars with little walkways beneath them. In some moments was like walking in a red gothic cathedral with a blue roof. It was impossible not to be impressed by the sheer simple beauty. All around me was only the red rocks and the blue sky. 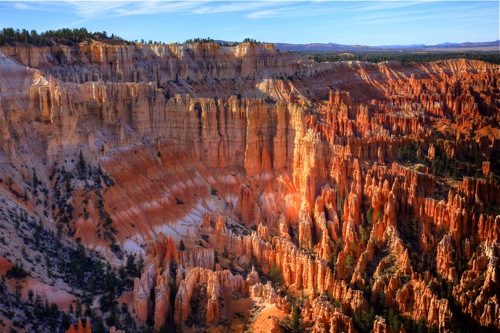 Compare the size of the trees to the the height of the stone pillars to get an idea of how big the canyon was.

The sun was setting when I was driving back to my hotel in my rental car. It was a one hour drive and the street snaked through a region called Red Canyon. In the distance I could see a big cloud of smoke over the hills and a sign told me that is just a controlled fire started by Rangers.
All of a sudden I saw massive flames right beside the street - and I mean massive.
The setting sun was illuminating some of the red rocks in such an intense way that I really had to make a full break just to stand around with open jaw.
I wouldn't have thought that stones could glow that way - 'Fire Stones'. 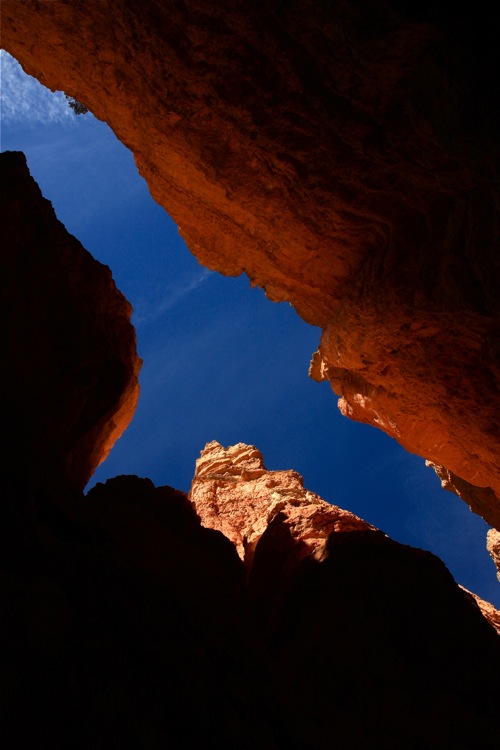 One lesson I already learned on my trip was that the good old mother earth does a very good job in keeping busy being flabbergasted.
Posted by Kosmonaut at 05:26