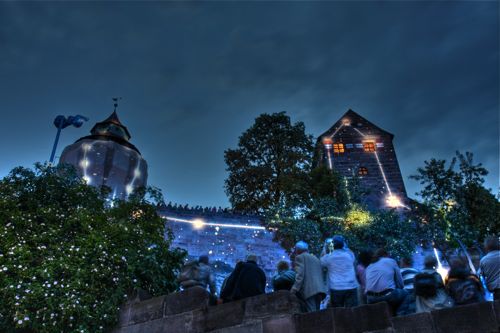 The Emperial Castle was illuminated with invented star constellations.
Click on photo to enlarge

Once again it was "Blaue Nacht" (Blue Night) in Nuremberg - an art event in the whole city. More than 130.000 crowded the streets. I read a cite from an artist asking "Is it still art if that many people are coming?". Holy shit, what an idiot.

The topic of this year was "Firmament" - a perfect theme for playing with light and darkness and the barrier in between.

I loved to stroll through the blue streets of the old city center.

I listened to Ulla Konold. The is a wonderful story teller and I met her by chance a few weeks ago while slacklining. She stopped and asked whether she could give it a try. The first person on my slackline wearing a white suit and a very fascinating human being.
Click on photo to enlarge 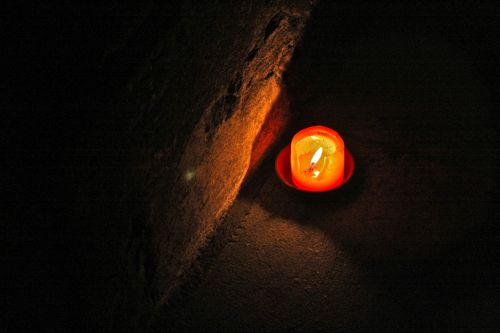 Candles in the Sebaldus Church. I liked the restricted illumination.
Click on photo to enlarge 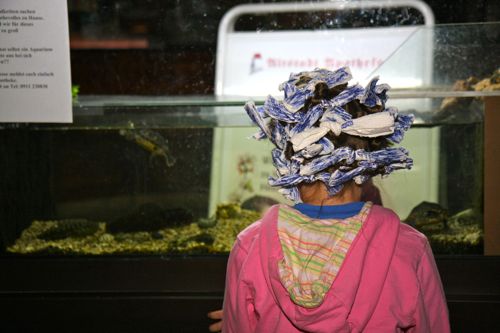 The girl was watching turtles in a shop front window. The white things in her hair were for creating curls the next day because she was about to have a dance performance with some other girls. Her mother refused to go the the Blue Night with her wearing the weird stuff. The little girl's solution was to paint the white things blue. All of a sudden her mother was satisfied and even charmed by the cleverness of her daughter. 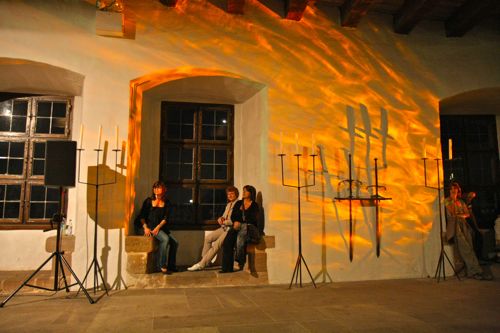 The yellow light created an ever changing sea of waves on the walls of the big hall in the Emperial Castle. 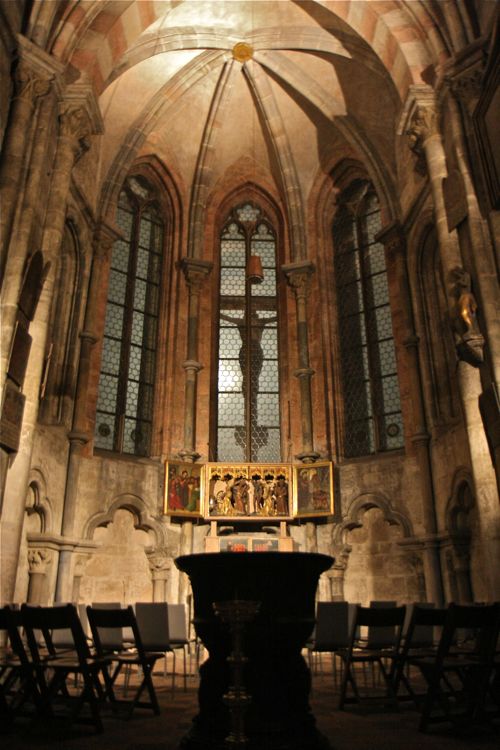 The shadow of an outside god.
Sebaldus Church
Posted by Kosmonaut at 12:22