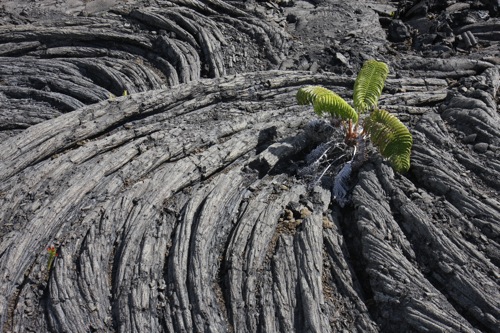 Hawaii is a growing place. Literally. Especially one of the islands, called 'Big Island' is getting bigger and bigger because it has the world's most active volcanoes on it and their constant lava flows add new territory every day. 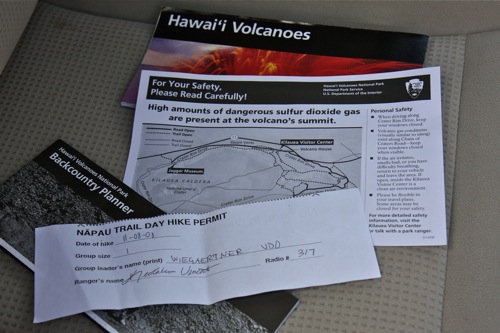 Huge areas of Big Island look like what I imagine from the moon - plus some blue sky.
I decided to do a bit more hiking than the usual crater rim drive. I read that it is possible to hike the wilderness beyond the beaten track. Perfect!

If you want to do so you have to inform one of the Park Rangers about your plan and your route. He gives you a very detailed briefing about all kinds of possible (and impossible) dangers. Most topics are about the daily directions of the toxic fumes.

After all the information and signing a wilderness permit paper I was a bit hesitant because it sounded like a guarantee for a painful death out in the loneliness. As always in the end it was easy. 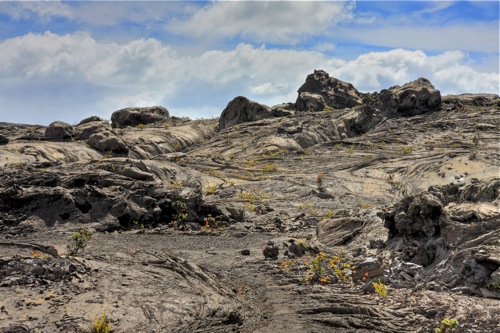 The recommendation of the Ranger was a hike to one of the remote craters. He warned me that I wouldn't see a lot of people out there. He was right. I drove out to a distant parking lot and it took me only a few minutes of hiking to end up in complete silence.
Very very impressive.

At the first glance the landscape was a completely dead area. After looking closer I realized that life is stronger. Small patches of green made their way through the lava. In a few hundred years probably a forest will cover this place.
"Life is stronger" was kind of my topic of the day. 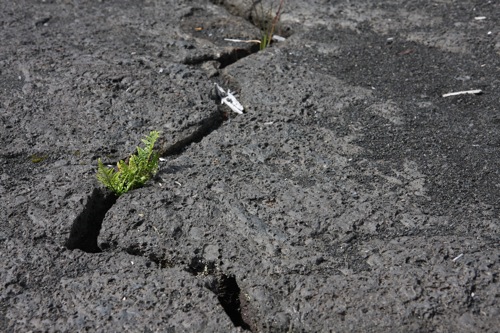 I had a fantastic day on my own in one of the most bizarre sceneries I've ever seen. 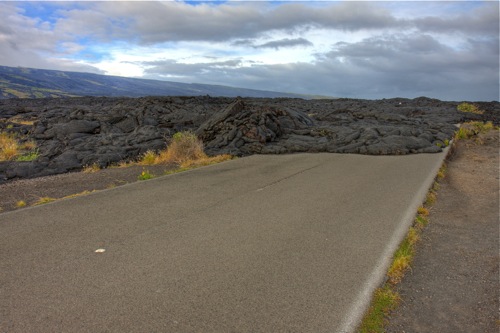 After finishing my hike in the late afternoon I wanted to drive down to the coastline where the lava flows into the sea. Well, it was only an intention. Life might be stronger than lava but lava is definitely much more powerful than human engineering.

The road simply ended a few kilometers before the coast because of a river of lava that crouched over it a few years ago. 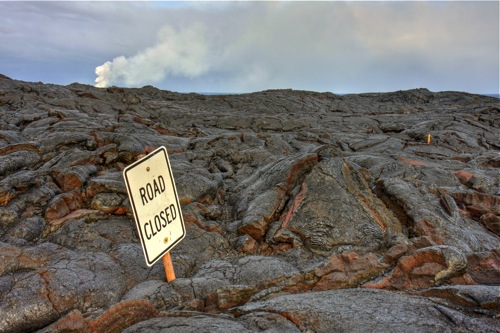 In the distance I could see the big cloud from the spot where the glowing earth fought with the sea.

This cloud should bestow one of the most beautiful sunsets on me a few days later but this is another story.
Posted by Kosmonaut at 17:51