This time I want to tell you about a fascinating lady. I got to know her because I asked her to write down her favorite word of the day on my chalk board.

I met her in the small town Turangi on the North Island of New Zealand. She was staying in the same hostel and after having the dinner we prepared in the small kitchen we started talking.

The lady was born in New Zealand and lived there her whole life but she never stopped exploring her country. Her way of discovering the essence of her country was to hitchhike and to soak up the stories of the people that give her a lift.

She showed me a big book with hundreds of hand written pages. Notes she wrote while hitchhiking.

The lady had the gift of making her conversational partner open up within just a few minutes. According to her she asks the drivers whether she might write down some notes.
Surprisingly enough the drives agree almost every time and during long drives the strangers tell her their whole life - and she just listens and write it down.
Amazing, isn't it?

I didn't dare to ask whether I can read some chapters. In the end it wasn't necessary because she told me a few anonymized ones.

Her plan was to publish all the things she learned about her fellow Kiwis in a book and what she showed me was nothing less than the original script.

Imagine a book with the stories of strangers. A book full of ups and downs, full of cheerful moments and grief, stories about husbands and nephews and girlfriends and about the chances and obstacles that life dropped in their way.

I can't tell how inspiring this old lady was to me. Encounters like this one made my trip around the world so very very valuable for me. Actually the people I met were much more impressive that the wonderful landscapes I was lucky to see.

Unfortunately I didn't note her name and I don't know whether she managed to publish her book.

Oh, by the way: The word "Partnership" on the chalk board was the topic of our initial conversation. It was about people acting together instead of competing.
Posted by Kosmonaut at 00:05 2 comments: 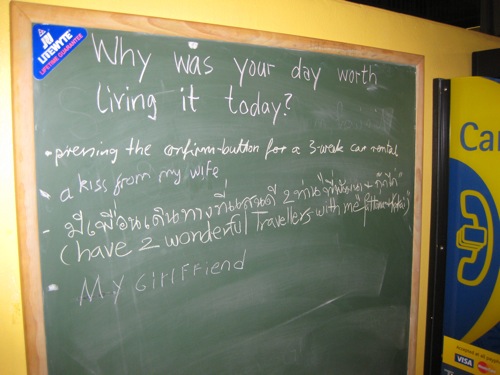 The Youth Hostel in Auckland was a very big one and it wasn't one of my favorites, to be honest. Too big, too much hectic, too much unfriendly Germans.

But there was one thing I liked about the place: In every floor there was a big chalk board mounted to the wall beside the public pay phone.
The purpose of the board wasn't obvious and therefore it was full with scribbled John-loves-Mary kind of statements enriched with different shapes of the male genital. No idea why pubertal boys love to sketch their part-time-brain so much.
Anyway - I like people writing on chalk board - even penis-artists.

That night I was sitting in the public area till late at night checking out my next destinations in New Zealand on my notebook.

On the way back to my room the corridors were abandoned and that gave me the chance to clean the chalk board completely and to replace the scribblings with the sentence "Why was your day worth living it today?". Then I sneaked away.

The next morning the chalk board was still untouched (well at least no more penises) and I doubted that my experiment would work.

But it took only a few more hours to get the people ignited. When I came back to the hostel after a day of sight seeing I saw four entries on the chalk board. Four!

Gosh - I guess my big grin scared the other guests a bit because they had no idea about the reason.

I immediately signed a mental contract in my head to ask strangers this question more often. In the end it is only for egoistic reasons because it makes me a bit more happy.

Size does matter - that might not only be true for parts of the male body but also for the size of chalk boards.
Posted by Kosmonaut at 00:14 No comments: 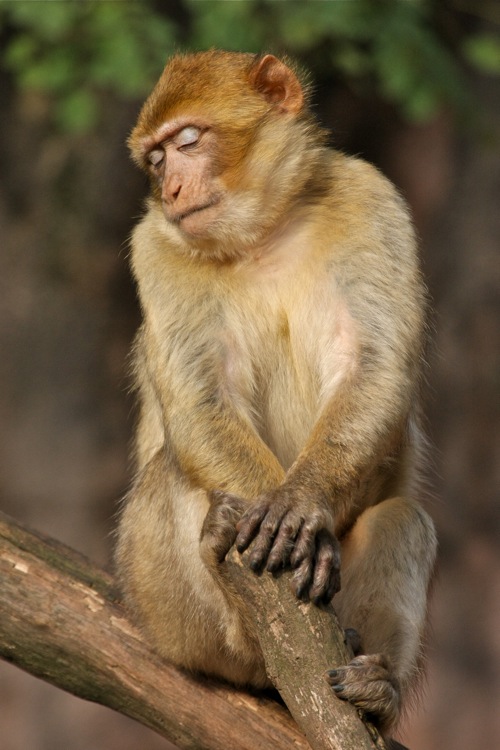 Can you tell the mood of a human being just by looking at him/her?

Sometimes it seems quite obvious how a person feels inside and sometimes your counterpart looks like a complete enigma.
Mastering this discipline would be very helpful for using it on your own character also.

If you are confused by your own thoughts and not able to sort them out you could just look in the mirror. You would simply observe the guy at the other side of the mirror and get a clue what is going on in your own head or soul.

I saw this monkey yesterday in the Nuremberg zoo and kept looking at it for quite a while.
First of all I was impressed about how similar the mimic was compared to us Homo Sapiens.

The animal seemed to be very tired. Maybe tired by life. It reminded me at the kind of tiredness you sometimes feel when you are very sad.
On the other side, the way the monkey held its arms looked kind of peaceful.

The longer I looked the stronger grew the suspect that the monkey isn't sad but just deep in monkey-thoughts. I liked the idea that the animal's mind was strolling back to some bright moments.

Look close - don't you think it is possible that the facial expression is the one of the moment when a loved one strokes over your head.

As always I just don't know and I am damn sure that I am kind of a rooky when it comes to deep down into the mind of friends.

For now a leftover from that monkey observation scene is the question whether the folks around me are able to "read" me. If yes, what would they see?
Posted by Kosmonaut at 14:41 No comments: 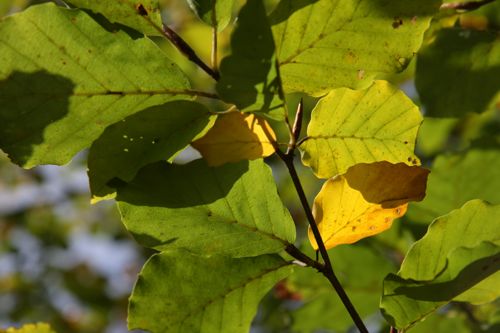 This posting is a merger of two different leaf-related thoughts.

Last week while doing a wonderful hike in a forest in the region where I grew up I was stunned by the color explosion caused by the autumn around me. I saw a tree with lush green leaves partnering with bright yellow ones. I really had to shoot a photo of it.
Afterwards I was like "Hey, this is a déjà vu. Didn't you shoot the same photo last autumn?"

Almost exactly one year ago on my trip around the world I visited the city of Salvador in Brazil. During my exploration of the city I came up with a photo assignment for me and some fellow travelers. Topic was to create a photo with the Brazilian colors yellow and green without having the Brazilian flag in the photo. Kind of hard, believe me.
Finally I went with some colored leaves and the rotten buildings of the city in the background.

Isn't it strange that I shoot almost the same thing again one year later?
It made me think about how different my life is to the time of autumn 2008 when I was traveling and that some things are still the same. 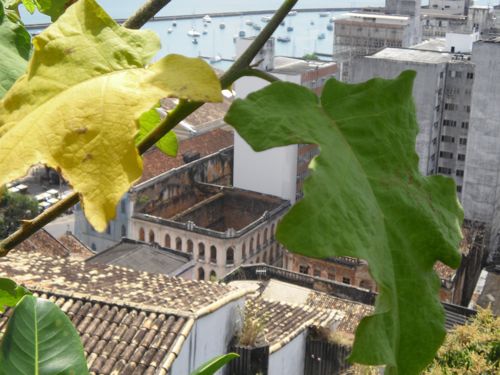 I shot this photo in Salvador, Brazil on September 30th, 2008


The actual trigger for this posting was an old woman I saw today on the sidewalk while waiting on a red traffic light. The lady was suddenly stop walking and picking up a colored leaf.
She was carefully rubbing off the dust with her fingers. She treated the leaf like a precious thing and not like a piece of rubbish that nature pours over the city in huge numbers.
I guess the leaf was nothing less that the perfect one with exactly the right shape and the ultimate color. After a while she put it in her pocket and walked on.

For some moments she was not an old limping grandmother but a proud queen with a very satisfied look on her face. Great!
First of all I thought whether she was a bit nuts but after a second I was angry with myself for that thought.

I am quite sure that this planet would be a tiny little bit of a better place if all of us would look for perfect leaves from time to time.
Posted by Kosmonaut at 20:01 2 comments: 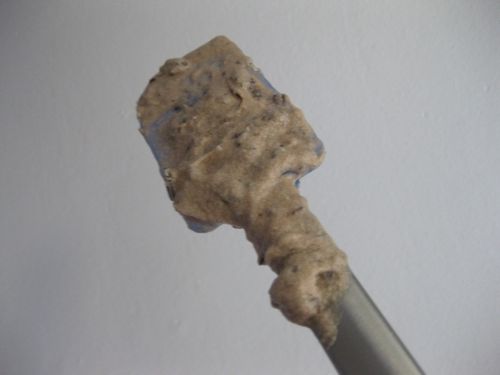 Sometimes it is not about 'how much' but simply about 'how'.
Imagine that you bake a cake and you decide not to put it in the oven but to eat all the raw dough out the bowl. You simply could do that because you are a grown up and nobody would care. It is not likely that you do it, isn't it?

For some magical reason it is far more adventurous and non compliant to bake the cake and to lick the dough scraper after filling the cake pan.
You could also simply put the scraper into the dishwasher after using it - but this would be a complete waste of inobedience, wouldn't it?

Be honest: You already did it and you will do it again and again. Am I right?

Help me understanding why be behave the way we do - or just identify me as the only person who does so. 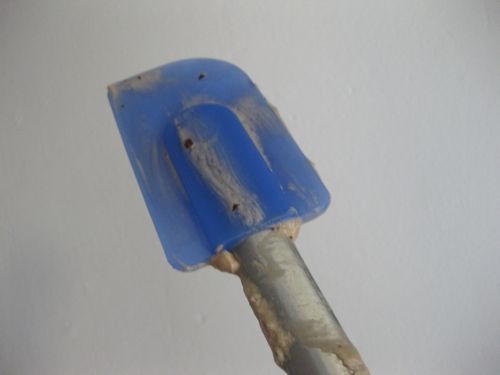