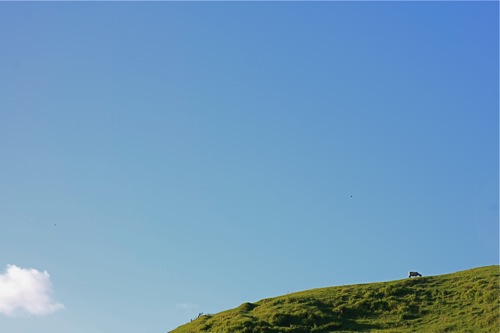 One of the commentators of the previous (test) posting requested something about vegetarian sheep. Actually I think the request has something to do with an upcoming afternoon playing "The Settlers of Catan". To make it crystal clear to that commentator: I will not trade sheep for wood just to be nice. You will not gonna like me!

Apart from that Catan-comment my last postings have been about the motherland of all sheep anyway: New Zealand.

It was really kind of ridiculous to have sheep everywhere - literally. During my days on the road it was not uncommon to stop for a herd of sheep that decided to cross the road just in front of me.

Although I shot thousands of photos in New Zealand there is only a single one dedicated to the woolen animal.
I was driving to a small waterfall on a late afternoon. Actually the waterfall was big enough to act as a major tourist site in Europe. In New Zealand it was nothing special, it didn't even have a name and I was the only visitor.

During my short walk to the fall I saw the sheep standing on the top of of a hill.
My perpective was perfect: The green hill and the sheep against the blue sky - with a tuft of white whool in form of a cloud nearby. 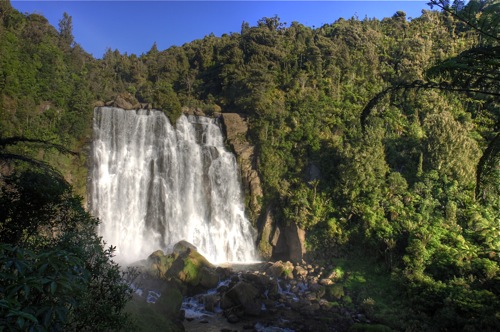 Oh, by the way - here is the nameless waterfall. Nothing special compared with the sheep, is it?
Posted by Kosmonaut at 19:30