Did I like the movie? Not really. I’d rate it 5 out of 10.
Did I like the book? Yes, kind of. I liked the idea a lot with the Grail and Mary Magdalene but I’m not a guy for a thriller. Car chasings bore me. So I tried to read the chapters with the chasings real fast and looked forward to the next historical part.
Well, the movie consisted of chasings and chasings and very little Grail parts. Furthermore the movie made me aware that some aspects of the plot were already quite ridiculous in the book.
Want an example? Take this one:
“Oh Sophie, it’s dark, we are in the middle of nowhere somewhere in France and we are searching for the Holy Grail. But don’t worry, the world’s most famous Grail scientist lives just a few miles down the road. Isn’t that a coincidence? And if we have to get away - he even owns a Lear Jet”.

And although I really worship Audrey Tautou I hated to see her makeup being absolutely perfect even after a 24 hour speed race across Europe. Yes, I know, I’m a nitpicker.

And now I tell you what I hate most about The Da Vinci Code: Last summer I’ve been to Scotland and planned to visit Rosslyn Chapel (one of the possible hiding places of the Grail according to Dan Brown) which was only 50 kilometres away. Because I was out of time I had to skip it. Damn. 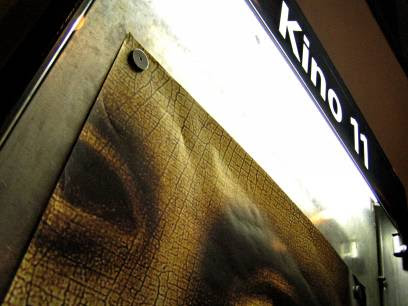