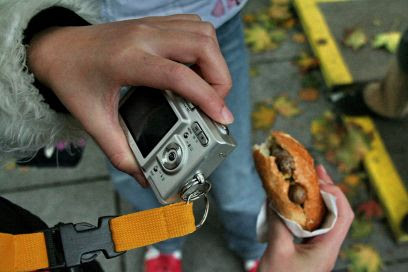 Today I did a walk with three girls (11-14 years old) across Nuremberg. I brought some of my old digital cameras for the girls. The task was to shoot photos following one out of three topics I proposed:
a) Looking Down
b) Small Things
c) Typical German 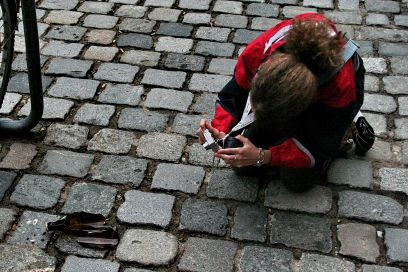 Most adults would say “what do you mean with ‘Looking Down’”. But for the girls it was more than enough.
All three girls chose a). I gave them almost no assistance but only tried to open their eyes for some small things and for changing the point of viewing at the world.
It was so damn amazing to watch the girls crouching around shooting broken bottles, dead mice and cigarette fags. The shot some things in exactly the same way I would have done, too - without knowing it.
I’ll upload some of their pics in the next days. 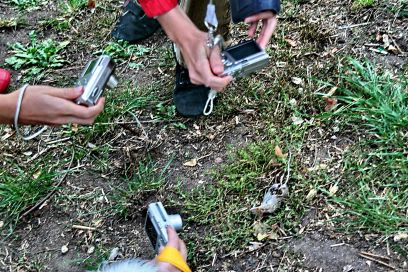 Well, I don’t know whether the girls liked the afternoon as much as I did but I guess they had at least a great time. Hopefully they will continue to shoot photos of unimportant stuff.

Inspiring people is one of the greatest things I know.