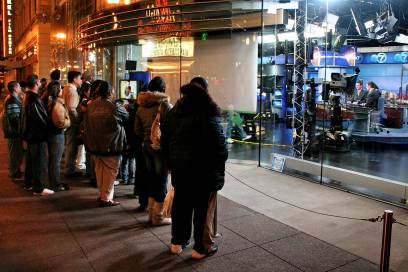 At a nightly walk through downtown I saw a group of people standing in front of a big display window. It looked like guys watching an important sports match in front of an electronics shop.
Far from that.
It turned out that the TV station “abc” produced their news right behind the window.
Strange.
But even more strange to me was the “watch-chain”: I watched people that watched people doing something that is watched by many other people.
Kind of Meta-Watching, isn’t it?

There were three speakers - two men and a woman. It was weird to see how the impression of the face changed completely as soon as the camera switched. At the one moment there was this bright smile and in the next second a lost and bored gaze. 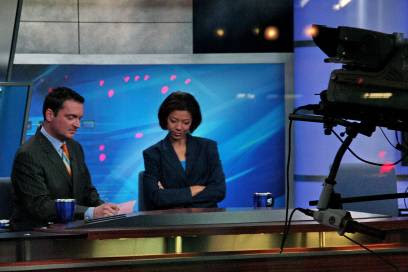