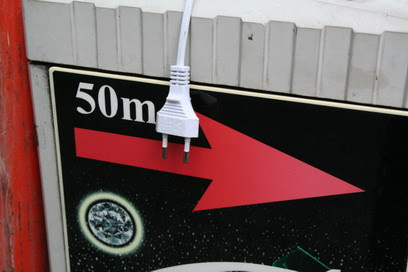 Today I tested the reliability of signs.
I walked by a sign in the pedestrian area in Nuremberg. The sign sayed that a Café is 50m in a certain direction. I couldn't believe that it was exactly 50m by coincidence. A test was supposed to bring clarity. I followed the arrow with 50 standard 1-m steps. I guess it looked a little bit strange because the people gave my uncomprehending looks - but for science one has to make sacrifices.
To make a long story short: I ended in an abandoned alley with absolutely no café in sight. Not in 48m and not in 55m. Damn.
Who can you trust these days?
I'll do further experiments with distances on signs in the near future. 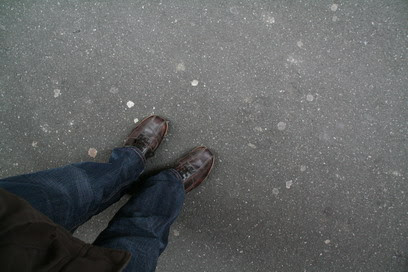 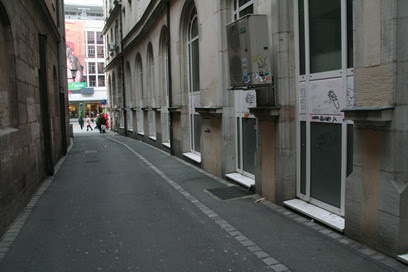 PS: The power chord on the photo with the sign belonged to an electric knife. I had no idea who left it on top of that sign box. Mysterious, isn't it?
Posted by Kosmonaut at 00:43