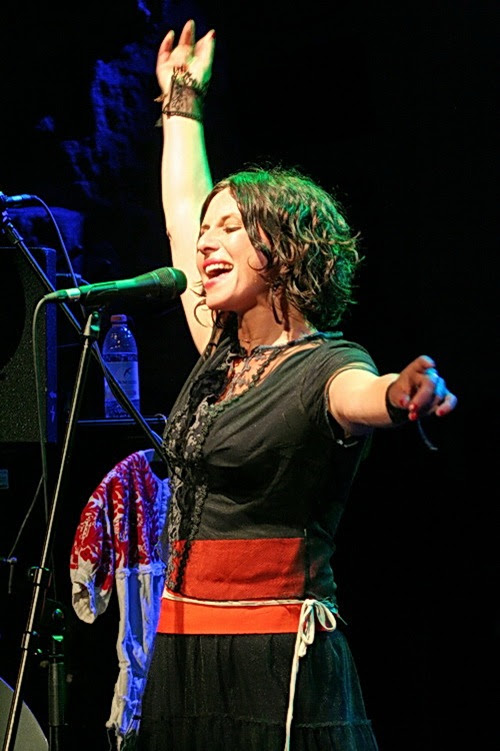 On three days in August Nuremberg is full of music. Bands play everywhere in the inner city open air and for free. The event is called Bardentreffen and these particular weekends are highlights for me.
By the way: "Barde" is a German medieval name for a singer/musician.

Today I attended the concert of a singer from Berlin called "Bobo" in the ruin of an old church destroyed in WW2.
Bobo sang very old German folk songs only accompanied by a piano and a saxophone.
One has to know that German folk isn't popular in Germany at all. In general only very old folks listen to that kind of music. But this time it was different.
Boby arranged the old songs and German lyric poetry e.g. from Goethe or Eichendorff in a wonderful way and turned them into minimalistic Folk-Jazz-Pop-Experimental-Music. Her voice is really really beautiful.

Hard to believe that this is the same voice as in the Metal song "Engel" from Rammstein.