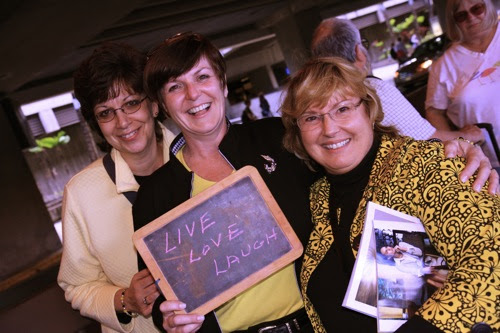 During my trip around the world I had more than 30 flights and almost every single one was boring. Almost. The one from San Francisco to Honolulu/Hawaii was different.

I had a seat next to a lady (the one on the right on the photo). The airplane was still on the ground and we started talking. The conversation jumped from the usual smalltalk over to our plans for Hawaii and then on to little chapters of our lives ending with telling almost our complete histories. And we kept talking. And talking. And talking. The whole 5-hour flight was filled with laughter, questions and some deep thoughts. I was amazed.

It turned out that the lady was Canadian and a member of a women-chorus from Toronto on its way to a international chorus convention in Honolulu. By the way: I felt like a globetrotter when I told her that I spent a few days in Toronto just some weeks ago.

She told me that all the ladies from her chorus are really excited to fly that far just to sing. I asked her for her prognosis for the convention and she was like 'We are good. I think we could even win the gold medal'.
It happened that we were on the same shuttle bus from the airport to Waikiki beach and I got to know some of her chorus mates. Imagine a bus load full of chattering ladies on a big adventure - and me. I thought about visiting their convention but the girls refused to give me the address with the words 'No you will not attend our convention. The last thing you should do as a tourist in Hawaii is watching wrinkled old ladies sing. Go to the beach!'.
The ladies jumped off the bus at one of the very expensive looking hotels at Waikiki beach and I wished them good luck and waved them farewell. I chose the even more luxurious Youth Hostel in Waikiki as my residence.

Two weeks later when I was at the airport again waiting for my flight to New Zealand I saw some ladies wearing T-Shirts with notes on it. I asked them whether they attended at the chorus convention. They nodded and were surprised that a guy like me knew about it. I asked for this chorus from Toronto and for their rank. You know what - MY girls made it to the silver medal. How cool is that?

Too bad that I wasn't there - I guess it would have been even cooler than sitting at Waikiki beach at sunset and watch the surfers walk by. 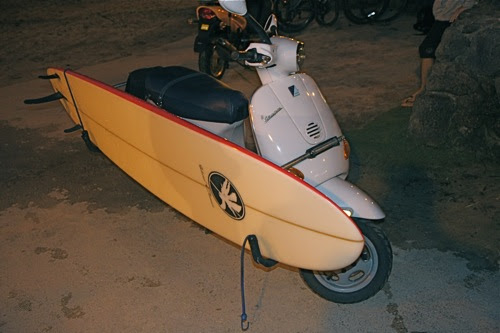 So I made it to Hawaii. Unbelievable. Hawaii consists of several islands and the one with the big city Honolulu on it is called Oahu. Honolulu was a very strange place for me. Far from what I expected from Hawaii. It is a very big city with thousands and thousands of Japanese tourists.
The world famous Waikiki beach is quite nice as long as you look towards the shore. As soon as you turn around you are facing an army of ugly concrete hotels. Awful. 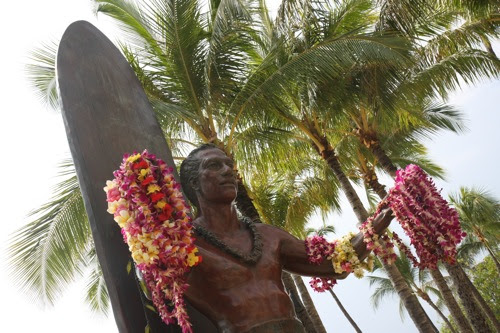 I never got really used to Honolulu but as soon as I left the city Hawaii was great.
Posted by Kosmonaut at 21:51