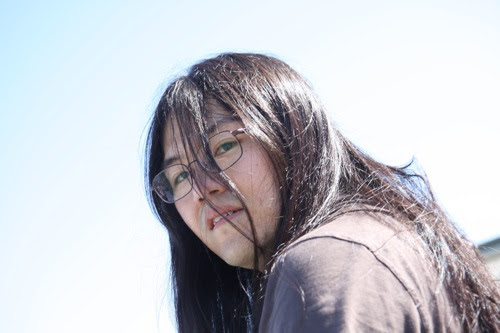 I already told you about some of my most valuable places (part 1, part 2, part 3). I call them MVPs.
It is great for me to have some very special places even if they might be nothing more than a garbage can on a windy street corner. It is all about the stories attached to them.

But there's one thing that's even better than to have own MVPs: Being introduced to the MVPs of a new friend.

I met a guy from Seattle in San Francisco in my hostel. We were sharing a dorm room and started talking for hours. He told me that he had lived in San Francisco for many years and that he's back in town to visit some of his favorite places and he invited me to join him. 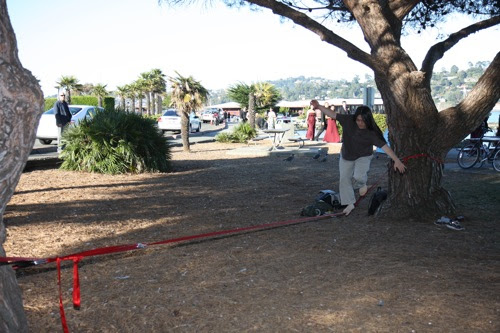 We spent a whole day together strolling through San Francisco. He showed me some very nice spots and made them special by adding some little personal stories to every place. I was delighted.
In the afternoon we ended up at a grassy patch near the shore of the bay and I teached him how to walk on a slackline. He was a bit hesitant in the beginning but loved it as soon as he finished his first step.
Several people started to talk to us and asked what the heck we are doing and every single one of them was curious and friendly. Impressing.
The most remarkable encounter was with an old lady that told me that she was an opera singer and had to sing German stuff when she was young. I asked her for some German bits and all of a sudden she started to recite the German poem 'Der Erlkoenig'. I was speechless and she was very surprised that all the verses were still in her head after all the decades.

The day with the MVPs of my new friend was really really great and even the end was spectacular because we drove back to Downtown with the public bus over the Golden Gate Bridge during sunset. Wow.

The whole event was one more prove for me that sharing makes special places even more special - for both parties. 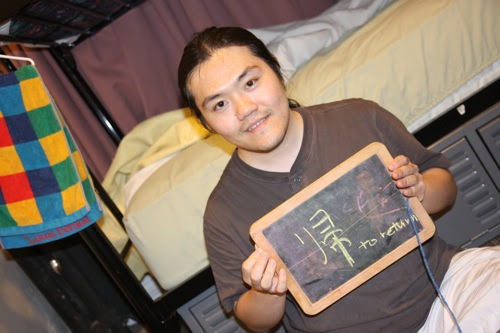 Hey Mr. XBox - you rock! Thank you for your trust.

Oh, I should mention that we practised slackline knots in our dorm room by thightening the line between two steel bunk beds across the room. One of the hostel workers walked in to do something in the room. She saw us doing strange things with ropes on our beds (it might have looked like a weird sexual ritual) and looked really puzzled. Before she could say something I just said "Don't even ask.". She left the room very quickly and I never saw her again. Poor girl.
Posted by Kosmonaut at 21:56